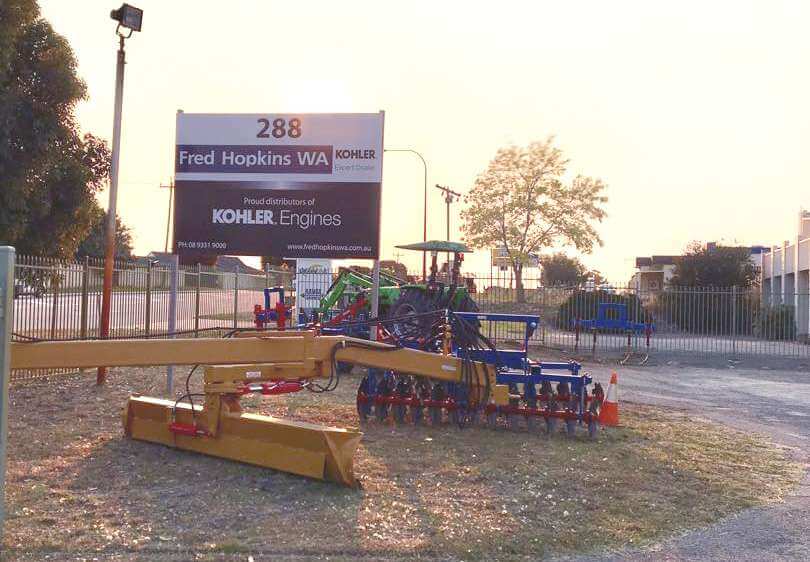 The business began as a motorcycle repair shop. However, that all changed the day a customer visited the store seeking repairs for his auger. Fred Hopkins Motorcycle Repairs soon became Fred Hopkins Agricultural Machinery Repairs – and the rest as they say, is history!

In 1960, Fred Hopkins Jnr and Fred Hopkins Snr bought a plot of land in Welshpool, where they built new premises for their growing agricultural business. They relocated that same year, and the business has been trading from that location ever since.

In August 2004, Dudley and Gary Johnson bought Fred Hopkins WA, having come from an agricultural/business background in Zimbabwe.

Prior to arriving in Australia, both Dudley and Gary sat on the board of directors for a large agricultural supply business in Zimbabwe, and were active in making management decisions which led to the very successful performance of the business, right up until their emigration due to political unrest.

Gary and his wife Deborah both have BSc Degrees in Agriculture and, in 1990, purchased a farm in Karoi Zimbabwe. Dudley purchased a second farm in the same area in 1992 and both farms were farmed as a partnership until they were lost in 2001.

Gary, Dudley, and Deborah manage the business backed up by a technical team led by Frank and Allan Dudney – both have extensive experience in marine, automotive and agricultural engines and machinery.

Fred Hopkins WA is Western Australia’s leading supplier of Kohler engines, and in 2011 was very proud to receive the Best Overall Kohler Petrol Dealer of the Year award for Australia.

Fred Hopkins WA is also a member of the Farming Machinery Dealers Association (FMDA) and the Australian Olive Association.

Can't Find What You're After?

No worries! Fred Hopkins WA has a great reputation for sourcing unique and hard-to-find equipment.

If we can’t find it, chances are no one can.